Emmanuel arrived at Lantern’s Waterfall just as the glowing white moon rose above the surrounding pines and firs. Sammy had with him his helper Princess Parrot. Together they had gathered a small, but dedicated, group of animals. Even the roaring of the cascading waters, hurtling down the steep cliff, didn’t cover the squeaks, plops, hops, croaks, grunts, and barks of the assemblage.

The small creatures sat huddled by Edgar’s Rock. Melvin Franklin Whiskers Guinea Pig, fresh from his Adler Munchee dance competition, was explaining how he had won the silver medal, using a particular piece of fancy footwork.

Hickory Rabbit was nodding, and twitching his nose in assent, all the while thinking he would like to chew on that bit of clover next to Melvin’s front left foot.

Slippery Frog, who had just matured from a tadpole to a full, four-legged amphibian, was jumping continuously from the Big Rock into the pool, and back up again. Each time he landed, he splashed Melvin’s formerly immaculate dance outfit, and matted down Hickory’s fur.

“Slippery. Would you please calm down,” Hickory told him with a wet sneeze.

“Yes, listen to Hickory,” Melvin protested. “I just rented this outfit for the competition. If your mother were here, she would not agree with such behavior, I am sure.” The guinea pig grumbled something about lack of courtesy and careless froglets.

Slippery was unable to be the least bit apologetic.

“I can’t help myself. I love my new legs!” he croaked, between leaps. A huge splash in the pool caused the three to look around. 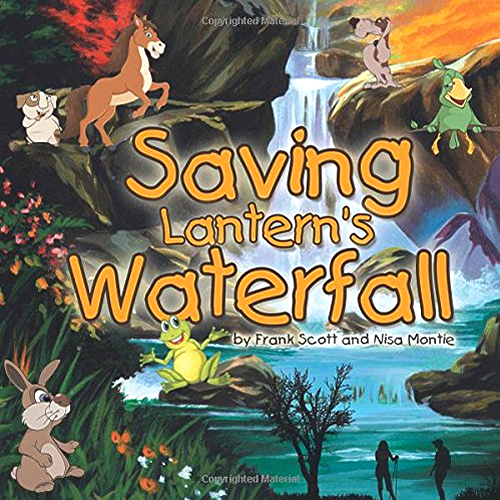 Epilogue One year later, almost all the humans in the neighborhood of Lantern’s Waterfall were growing organically. The falls and pond had become almost totally herbicide and pesticide-free (Gene and Jenny tested them), and the surface of the pond sparkled and shone in the morning sun …