The 2094 Sanction | A Spiritual Prophecy

Why is our world the way it is, a world and system of contradictions and extreme contrasts?  Why is it that right and wrong, good and evil, run the gamut of possibilities, and every good virtue runs against its mirror, meeting its opposite? Why is our world, as a structural system of reciprocal activities and interactions, aimed at bringing that which improves the well-being of all? After all, our laws everywhere attest to that fact, our attempts to reign in the collective behavior, to place the brakes on what can or cannot be carried out in the arena of exchange – the theater of life.

Despite our best attempts to govern and administer a social structure that is always growing, the weight of that unrelenting growth eventually brings down the social structure itself. Perhaps this is because the body-politics of mankind has too many heads acting in disagreement, having the power to choose on behalf of the many who are for the most part unaware of their leaders’ decisions and of their impact on all aspects of the people’s lives. Those decisions control how most citizens live and work, what they get to keep and own, what they do, and what they cannot do.

Our lack of understanding or Knowingness, and the inability of our hearts to offer our love to God, and therefore to receive the Love of God, is the causal agent behind the ways of the fractional and temporal, existential experience we are all familiar with. Beyond this observable causal agent, we find a peculiar practice the ecclesiastical leadership has put into place since ancient times, which is, that they are the first to oppose a Manifestation of God, and after a while, as an institution, the first to come up with commentaries on the Book of God which end up guiding the Flock of believers away from the Truth of the Words of that Holy Traveler.

It is a two-pronged problem: First, religious leaders oppose, interfere with, and even eliminate the Source and Fountain of Divine Knowledge in His latest human form. Second, they develop the very system of information that creates a drag upon human development, and over time, prepares the ground, unknowingly, for further opposition, interference, and denial of He Whom God will make Manifest.  By creating and implementing a book of their own intent, these religious leaders distort and control the many, who, like sheep, become easily manipulated by the dogs trained to corral and move them.

These are strong words, so let us look at their implications carefully. First, when a Manifestation of God is persecuted, while delivering His Message, and even put to death after a short period of time, two problems occur.  He has limited time to write, and leave behind a Book that contains an urgent message to us all. Second, this lack of time makes it difficult to educate those that respond to His call, since those who do not respond owe their states of Knowingness to the manipulating power of the prevailing ecclesiastical order, whose interpretations and perversion of the Word of the Messenger program the masses to become the way they are: a mob in the relentless opposition to the Truth innately available in His Word.

Every time these Holy Travelers arrive from their Tabernacle of Glory, as the Voice of God, they find Themselves facing both a crazed mob unable to understand and affix their gaze on the Light of god, and hearts filled with hatred towards that Source of Love. 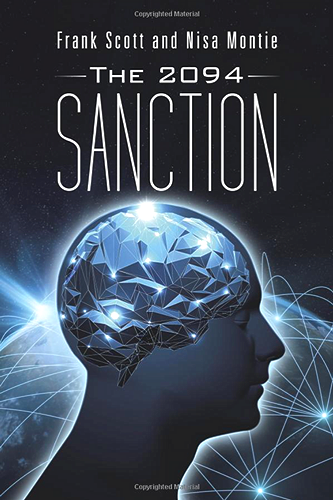 The entity’s state of KNOWINGNESS in matters of the journey: remembering and returning, one’s spiritual development, the purpose and direction, and its significance, remains up to God’s Will and Pleasure to illumine and advance.